Tantrums and the Art of Distraction

by Jen R
No Comments 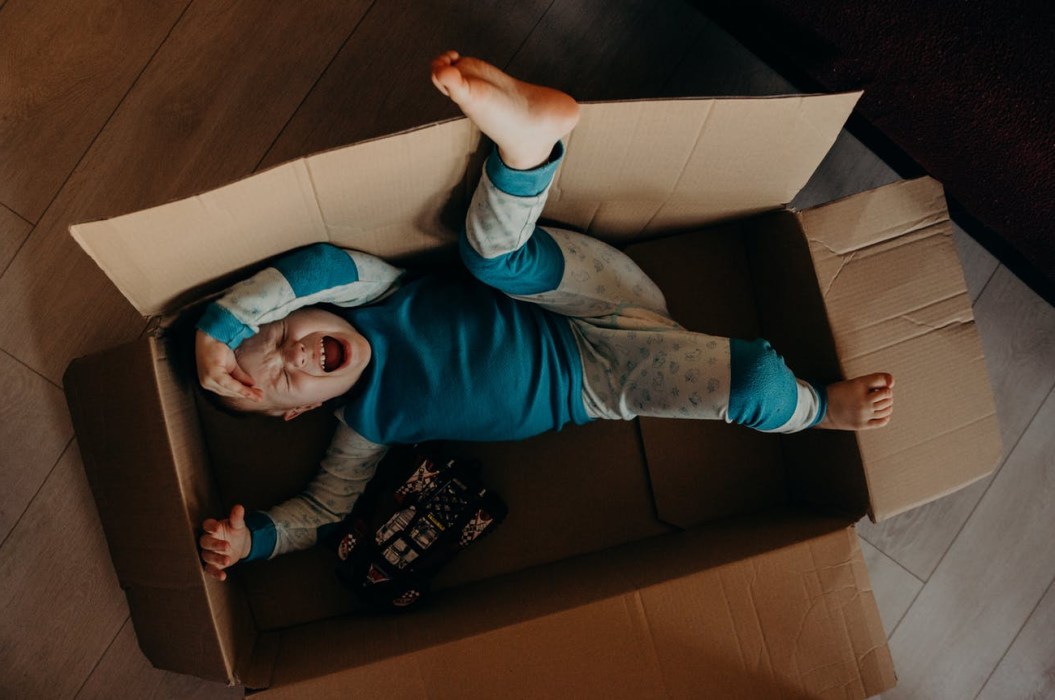 We all have our parenting achilleas heel; that one thing our kids do that causes our brain to melt down before we can respond like an adult. For me it was tantrums. Watching the shear absurdity unfold before me left me frozen in complete unpreparedness. While I was internally trying to process how suggesting long sleeves could possibly be a trigger for someone, externally I was trying hard not to laugh.

Quick note: Laughing at your child does NOT de-escalate tantrums. Write that down.

Welcome to the Art of Distraction

Distracting your child can be a simple way to stop a tantrum before it happens. The more I used this parenting tactic it quickly developed into my most valuable tool. My kids are past the tantrum phase now, but I still use distraction to deter unwanted behavior, change moods, and avoid conversations about Santa and how babies are made.

Distraction is not a good tool if your child has hurt someone, is very upset or is already having a tantrum. If this is the case, skip distraction and acknowledge the situation and the feelings.

To use distraction to prevent tantrums, I recommend practicing the following steps:

Some tantrums are unpredictable, but the vast majority you see can coming a mile away:

Are you at the park? Are you going to leave the park at some point? Tantrum.

Is it getting dark? Is everyone going to bed soon? Tantrum.

Even if it’s an unpredictable tantrum, there are still a few precious seconds between angel baby and the exorcist where you see what’s about to happen and can implement a distraction. Knowing you’re in a situation that may evoke a tantrum is half the battle.

Thinking ahead is way easier than thinking on your feet mid-tantrum.

Save a snack or a treat for right before tantrum time. This could apply to the park example above. Do you normally bring a snack to the playground? Leave it in the car and instead of telling your child it’s time to leave, tell them it’s time to go get a snack. Make sure to bring a snack they love and will be content with as you drive away together.

Reveal an exciting bit of information when you see a tantrum situation building. Did another kid just get some candy? Did your kid see it happen? Before they even have a chance to process it interrupt with “Guess who’s coming soon, buddy! GRANDMA! She will be here next week! What should we take her to see?” (In this scenario it’s important that Grandma is actually coming next week. Don’t lie or make promises you can’t keep. I learned to hold onto exciting information and release it at advantageous times.)

Other distraction ideas: Change the scene, introduce a new toy or game, teach them a new song, have Alexa tell a joke, make a funny face, do the running man, ask them to explain Legos or Pokémon, make an animal noise, draw their attention to something else.

Head it off early

Timing is everything in the world of tantrums. Distract before the tantrum starts or you may end up rewarding bad behavior. Offering a fun snack mid-tantrum may stop the tantrum, but it will also teach them to throw a tantrum when they want a snack.  Successfully heading off a tantrum get easier and easier as you practice steps 1 and 2.

The best way to get good at the Art of Distraction is to practice, but your technique doesn’t have to be perfect to be effective. If you find yourself unprepared in a tantrum situation, improvise. Nothing stops a kid in their tracks faster than a mom not acting like a mom. It brings immediate giggles to see you dancing or singing or acting like a monkey. Any thought of a tantrum will be ancient history when they see you floss.

Not a quick thinker? Keep a list of distractions in the notes section of your phone and reference it so you’re prepared. Is this insane? Maybe. But not nearly as insane as a tantrum.

Talent-free things to do with kids while social distancing

by Nicole B
No Comments

How do I get my kids to listen to me?

by Jen R
No Comments

Typical day for Mom during the COVID_19 Pandemic